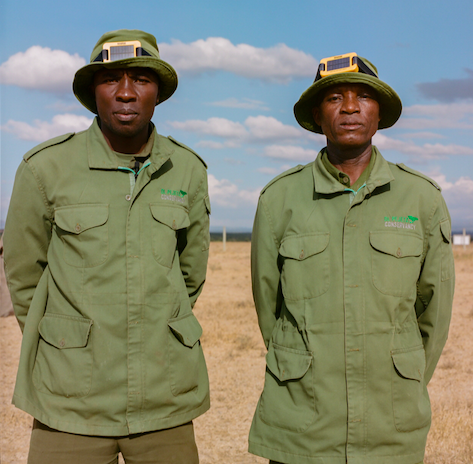 The rangers at Ol Pejeta Conservancy in Kenya use their Namene Solar lights every day, to protect the last Northern White Rhino.

At Namene Solar we believe power should protect the planet, not pollute it. That’s why we’re proud that our solar lights are safeguarding the world’s most vulnerable species.

If you’re passionate about protecting the planet and wildlife then you may have tuned into the recent Channel 4 documentary series ‘Secret Safari.’ Filmed in Kenya, at Ol Pejeta Conservacy the series follows the park’s rangers as they guard lions, zebra, buffalo and rhino.

What you might not have spotted on screen are the pocket-sized solar lights the rangers use to patrol at night. They’re Namene Solar’s award-winning SM100 solar head torches. And they’re playing their part to protect the world’s most endangered animals.

We already know that solar is good for the planet. Each of our solar lights saves an average of 92kg of carbon emissions every year. Our lights have saved over 160,000 tones of CO2 so far, by helping people swap fossil fuels like kerosene for clean, affordable solar.

But we couldn’t be more thrilled to see our  solar lights in action at Ol Pejeta conservancy, helping the rangers to keep endangered animals safe.

Our team visited the conservancy to find out how rangers James and Jacob use these solar lights to keep a 24-hour watch over the last two Northern White Rhino in the world.

Hunted to the brink of extinction for their ivory horns, Sudan, the last male of the species died in 2018 and left behind mother and daughter Najin and Fatu in Ol Pejeta.

James and Jacob have a mighty task to protect them round the clock. Since 2019 they have been using our SM100 lights in their daily duties around the park.

“I like the lights because they’re efficient. They are solar powered, so we wear them in the day and they charge.” Says James.

There may be light at the end of the tunnel for Najin and Fatu. A scientific breakthrough earlier this year could create new embryos that could save the species. Until then, Najin and Fatu can rely on the park rangers by day – and night – to watch over them and keep them safe.

To find out more about our solar lights or to purchase a light and start your own solar story, contact sales@namenesolar.com